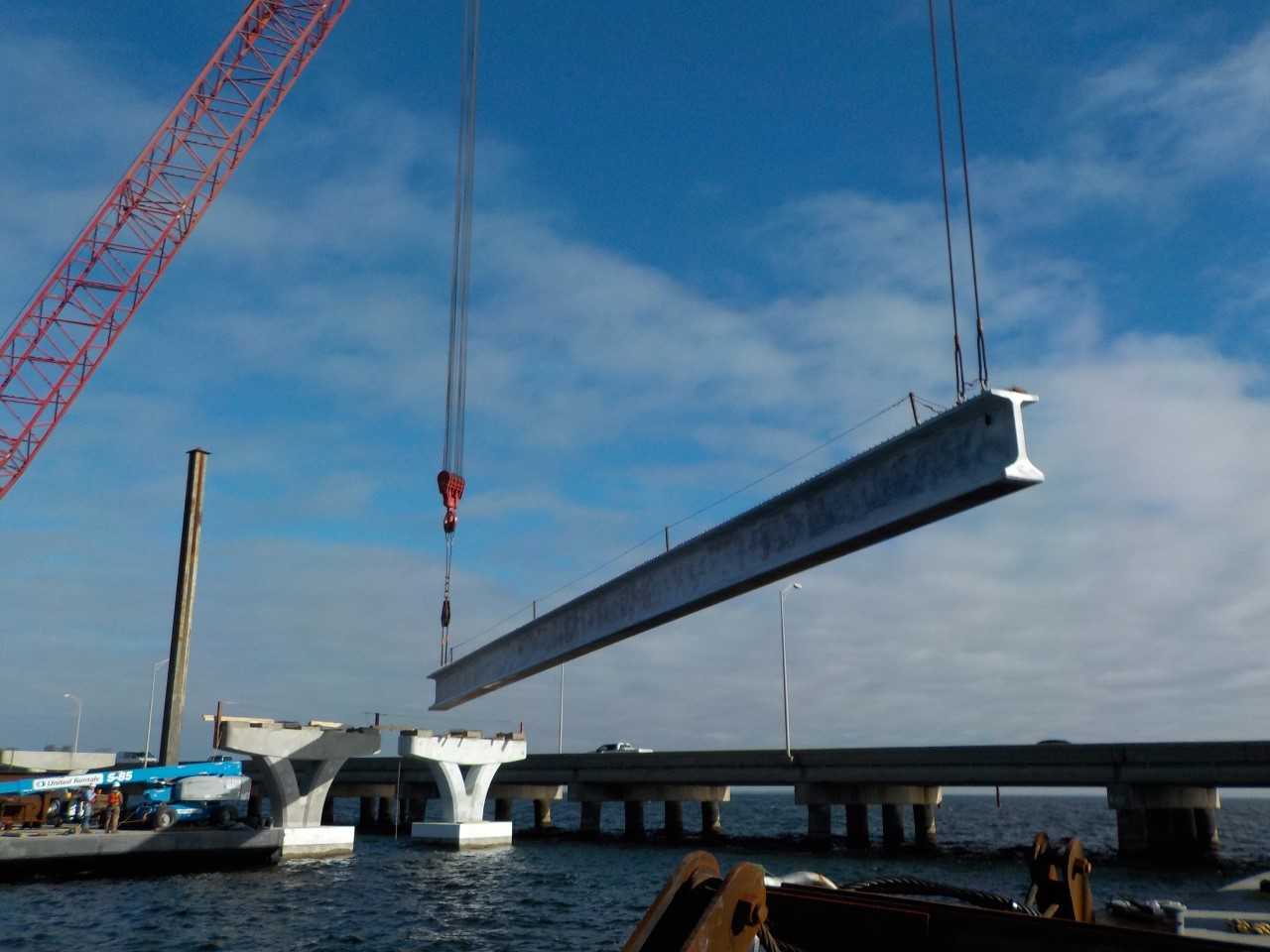 The first of more than a thousand “Florida I-beams” have been placed for the new Pensacola Bay Bridge. The beams connect the trophy pieces one-to-another and will eventually support the bridge deck and riding surface.

The “Florida I-beams” are fabricated at the concrete casting yard on Bayou Chico, then loaded onto barges for the short trip to the construction site. Once they arrive a barge mounted crane lifts them into position. Each is approximately 150-feet long and weighs about 166,000-pounds.

In addition to setting beams, crews continue to drive piles and place the trophy pieces. Each trophy piece consists of a footer, column, and pile cap in a single unit and weighs more than a quarter-million-pounds. A total of 416 trophy pieces will be needed to support both new bridges.

Completion of both bridges is projected for summer 2020.