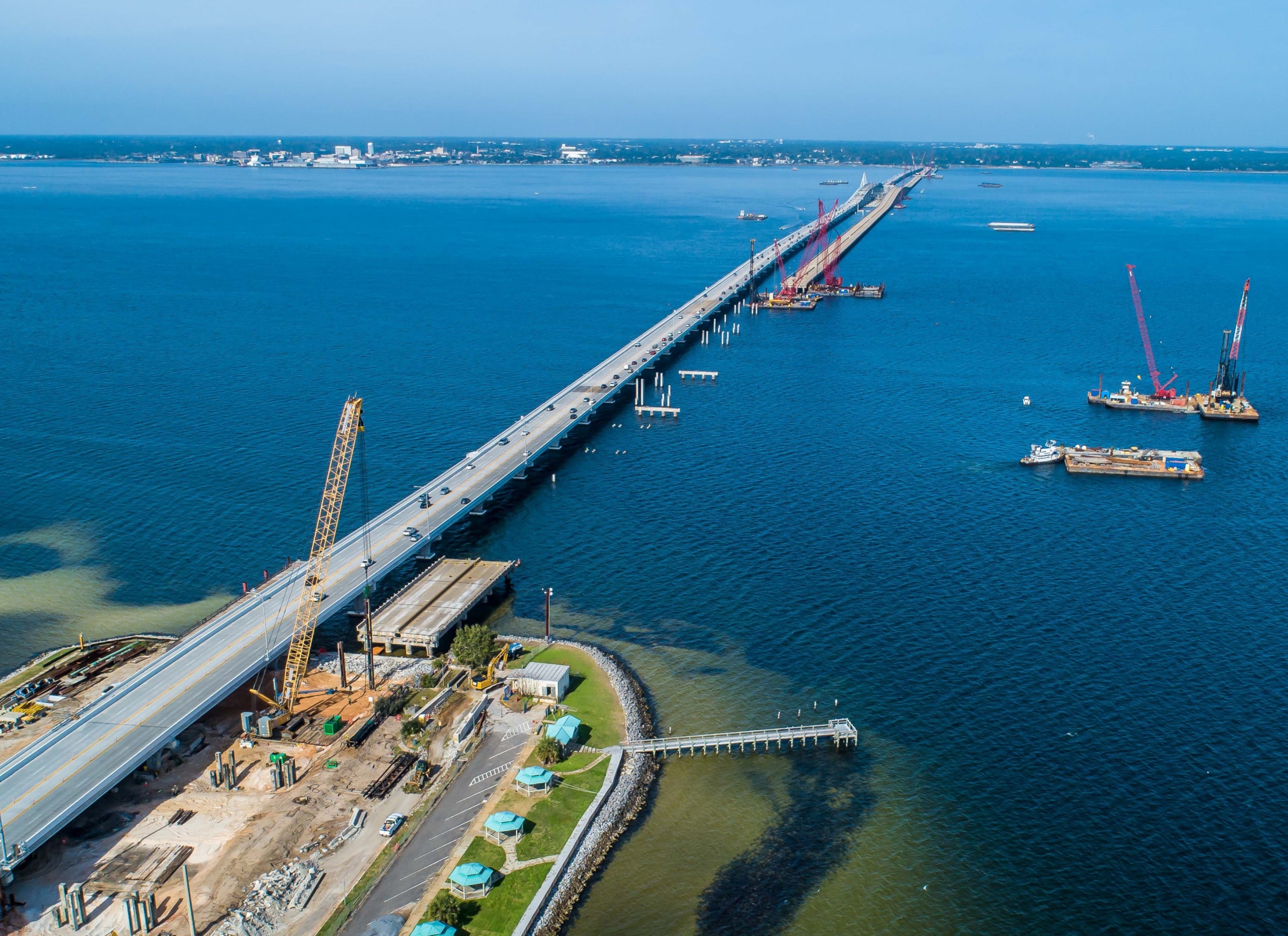 The demolition of the old Pensacola Bay Bridge presents opportunities to reuse and recycle the concrete and steel components that have served the region since 1960. The old bridge included more than 47,000 cubic yards of concrete, all of which are being disposed of offshore for building fishing reefs.

How much concrete is that? Well, imagine the entire infield and outfield of the Pensacola Blue Wahoos Stadium filled with concrete rubble at a depth of more than 20-feet! The approximate weight of that much concrete exceeds 160,000 tons, which is nearly fifty-percent heavier than one of the U.S. Navy’s fully loaded Nimitz class aircraft carriers.

In addition to the concrete, the old bridge includes about 567,000 pounds of steel. Unlike the concrete that is being disposed of offshore the steel is being sold for recycling.

Demolition and disposal activities are expected to continue until later this year. As disposal continues, crews are driving the remaining concrete piles for the new westbound bridge.