Cranes do the “heavy lifting” for bridge project 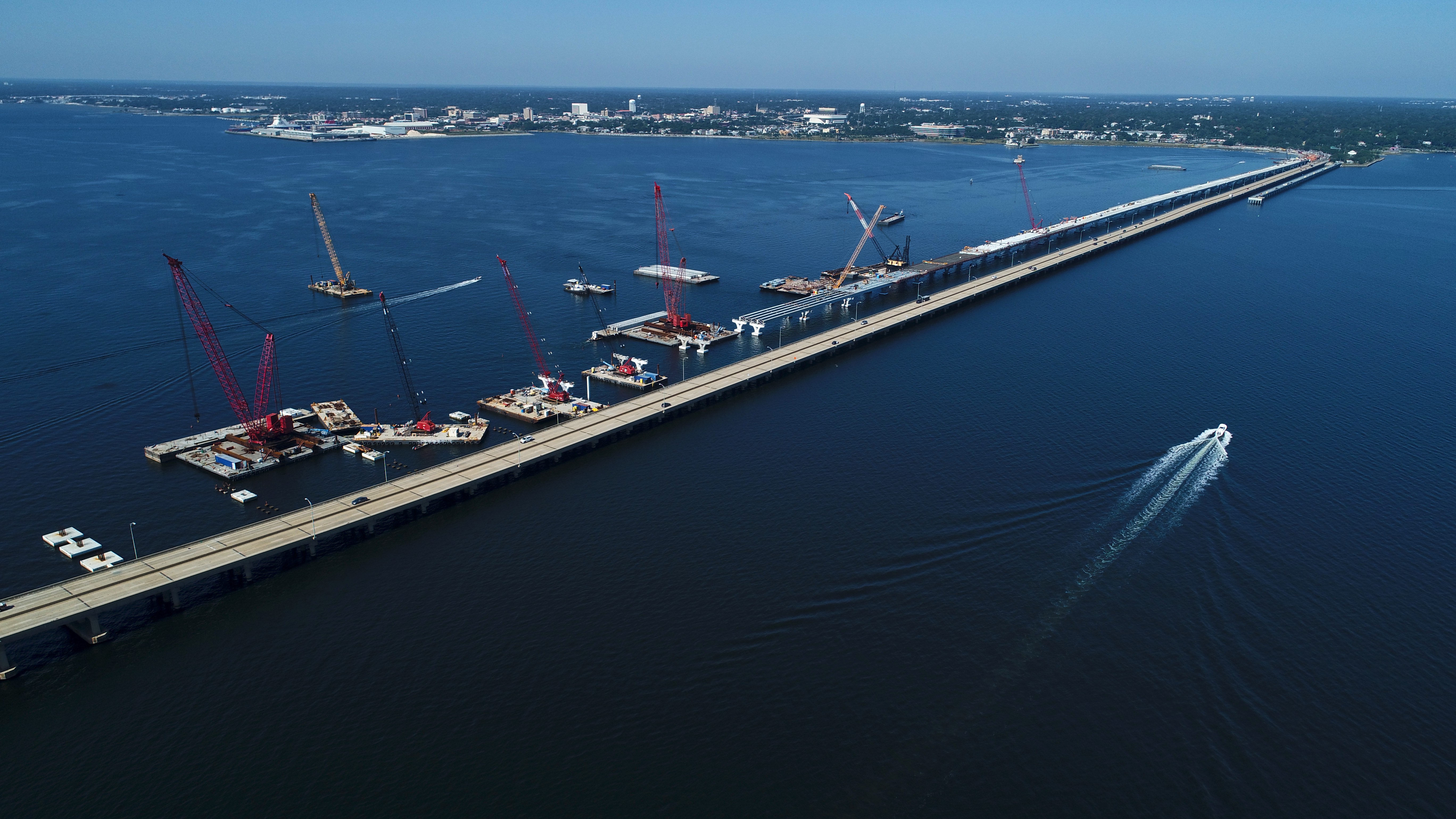 Cranes do the “heavy lifting” for bridge project

Cranes are the “workhorses” of the Pensacola Bay Bridge replacement project. They’re used to load the heavy concrete construction components (e.g., piles, trophy pieces, beams, etc.) onto barges at the Bayou Chico casting yard and to lift them into place once they arrive at the bridge construction site.

It’s a big job, with some of the concrete structures weighing in excess of 400,000-pounds. That is equivalent to more than three of the U.S. Army’s M1A1 Abrams tanks!

Two of the cranes being used are veteran performers for bridge contractor Skanska USA Civil Southeast. The company first placed “Rig 18” in service in 1961, and over the years it has been used on high-profile projects that include the Chesapeake Bay Bridge Tunnel in Hampton Rhodes, Va. (mid-1960s) and construction of the U.S. 331/Choctawhatchee Bay Bridge in nearby Walton County (2016).

A second crane, known as “Rig 20,” was initially placed in service in 1968. Over a half-century it has been deployed on projects such as the reconstruction of the I-10/Escambia Bay Bridge following Hurricane Ivan (2004).

All the cranes used on the Pensacola Bay Bridge replacement project, and the barges they work from, have been refurbished every five-to-seven years to ensure peak performance and reliability. Prior to deployment in Pensacola Bay they were drydocked in Mobile, Ala. for a thorough overhaul and upgrade.

Rigs 18 and 20 are specifically designed for work on the water. They have wider bases than land-based cranes, a feature that helps them resist the listing of the barges as they are rocked back-and-forth by waves.