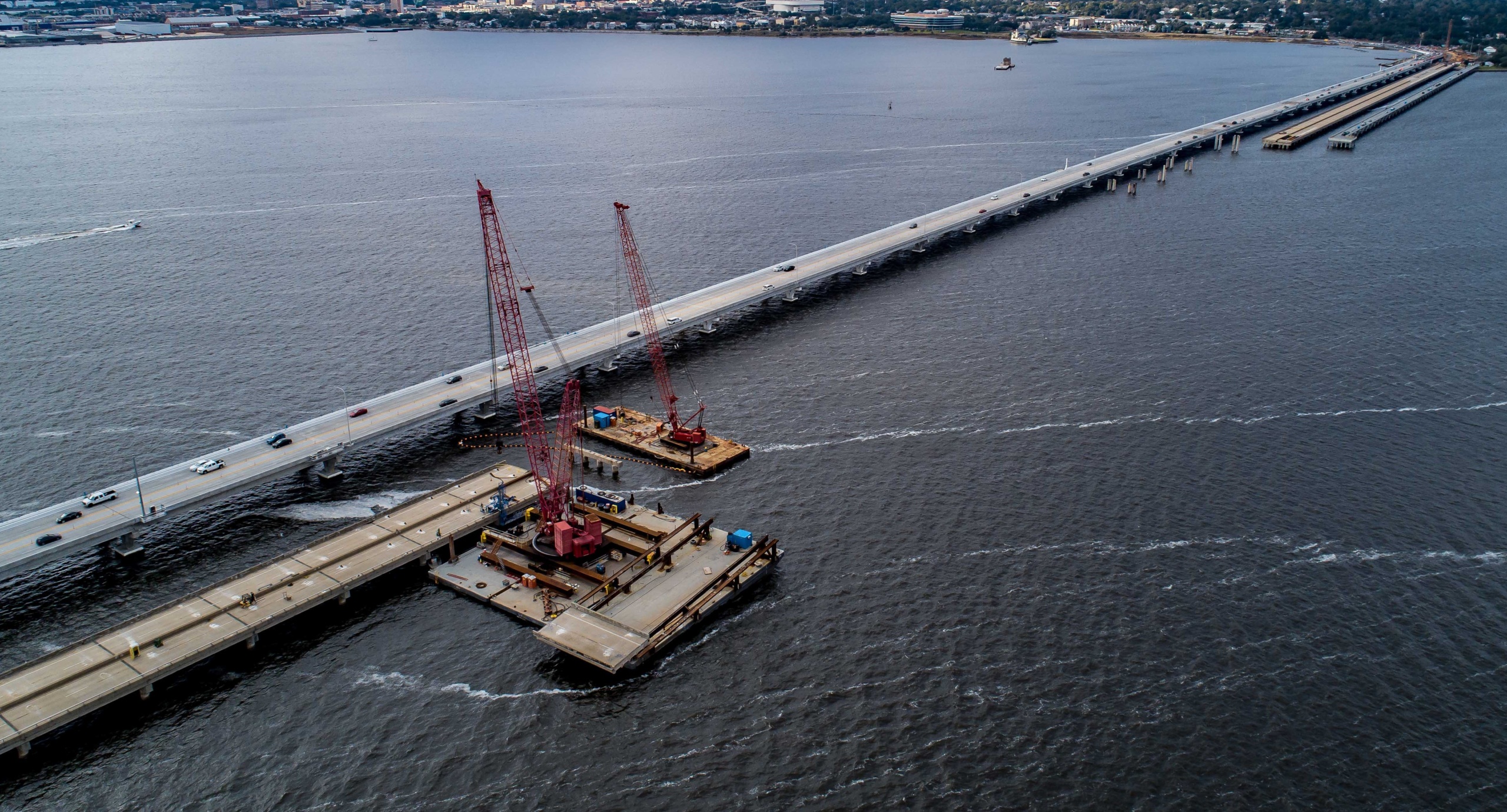 A drive over the Pensacola Bay Bridge these days shows a lot of barge traffic as crews work to demolish the old bridge and drive the remaining piles for the new westbound structure. The old bridge consisted of 257 concrete sections known as “spans.” Each of the spans consists of concrete piles that were driven into the bay floor more than 60 years ago, footers, columns, pile caps, girders, and bridge decks.

At the end of January, construction crews had demolished and removed 82 of the 257 bridge spans. Concrete debris is being disposed off in offshore areas for creation of artificial fishing reefs. In total, the old bridge has about 47,000-cubic-yards of concrete weighing in excess of 160,000 tons. The volume of demolition debris is enough to fill the entire infield and outfield area of the Pensacola Wahoos Stadium to a depth of about 20-feet.

The debris volume, proximity of the old structure to the new bridge, and the sensitivity of the Pensacola Bay ecosystem are among the reasons no explosives are being used in the demolition process.

As spans are demolished and removed, barge-mounted cranes follow behind to lift and drive the remaining concrete piles needed for the new westbound bridge. Some of the westbound bridge piles are already in place, having been driven concurrently with construction of the eventual eastbound bridge that opened to traffic last summer.

Bridge demolition activities are scheduled to continue until later this year. Private vessels should continue to respect the U.S. Coast Guard enforced 500-foot buffer around all barges and other construction equipment. Only low or idle speeds can be used within the buffer zone.

The estimated completion of the entire project, including construction of the new interchange at 17th Avenue on the Pensacola approach to the bridge, is mid-2021.