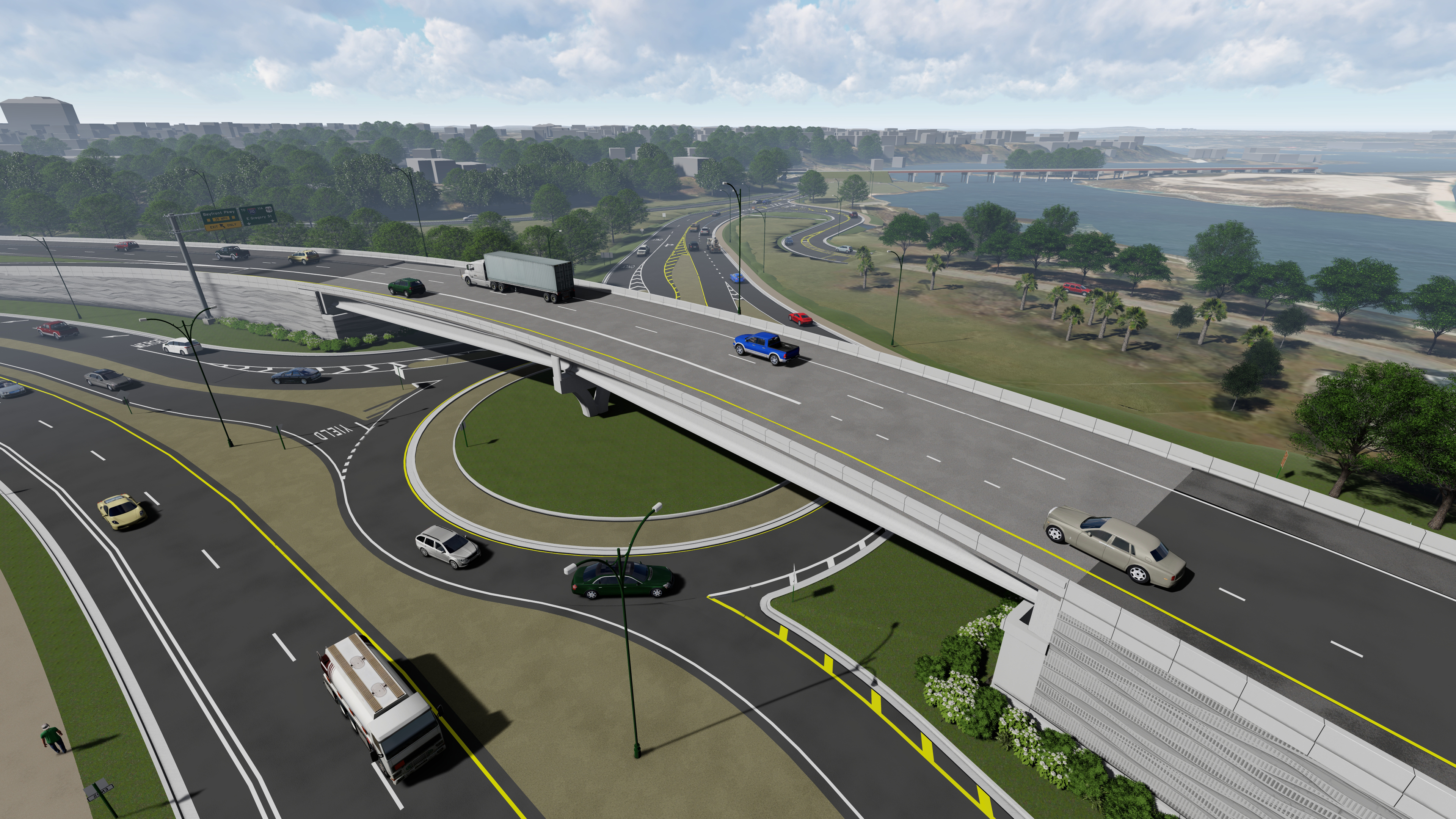 Work is underway to reconstruct the intersection of State Road (S.R.) 30 (U.S. 98/Gregory Street) and S.R. 196 (Bayfront Parkway) at 17th Avenue.  The Florida Department of Transportation hosted an open house Tuesday, June 11 to unveil the planned improvements for the northern landing of the Pensacola Bay Bridge.

“The new interchange, in conjunction with the new Pensacola Bay Bridge, will improve safety and reduce congestion for the approximately 58,000 drivers who pass through the intersection daily,” explained Ian Satter, FDOT District Three public information officer.

The traffic signal currently at 17th Avenue will be removed and replaced with a flyover structure and roundabout. The new flyover structure will have three, 11-foot travel lanes and shoulders that will carry U.S. 98 westbound traffic from the Pensacola Bay Bridge to Gregory Street and Bayfront Parkway.  Beneath the flyover will be a 15-foot wide, single-lane roundabout that will seamlessly move traffic between U.S. 98, Bayfront Parkway and 17th Avenue.

Both the new 17th Avenue interchange and the new Pensacola Bay Bridge are currently estimated for completion in summer 2021.