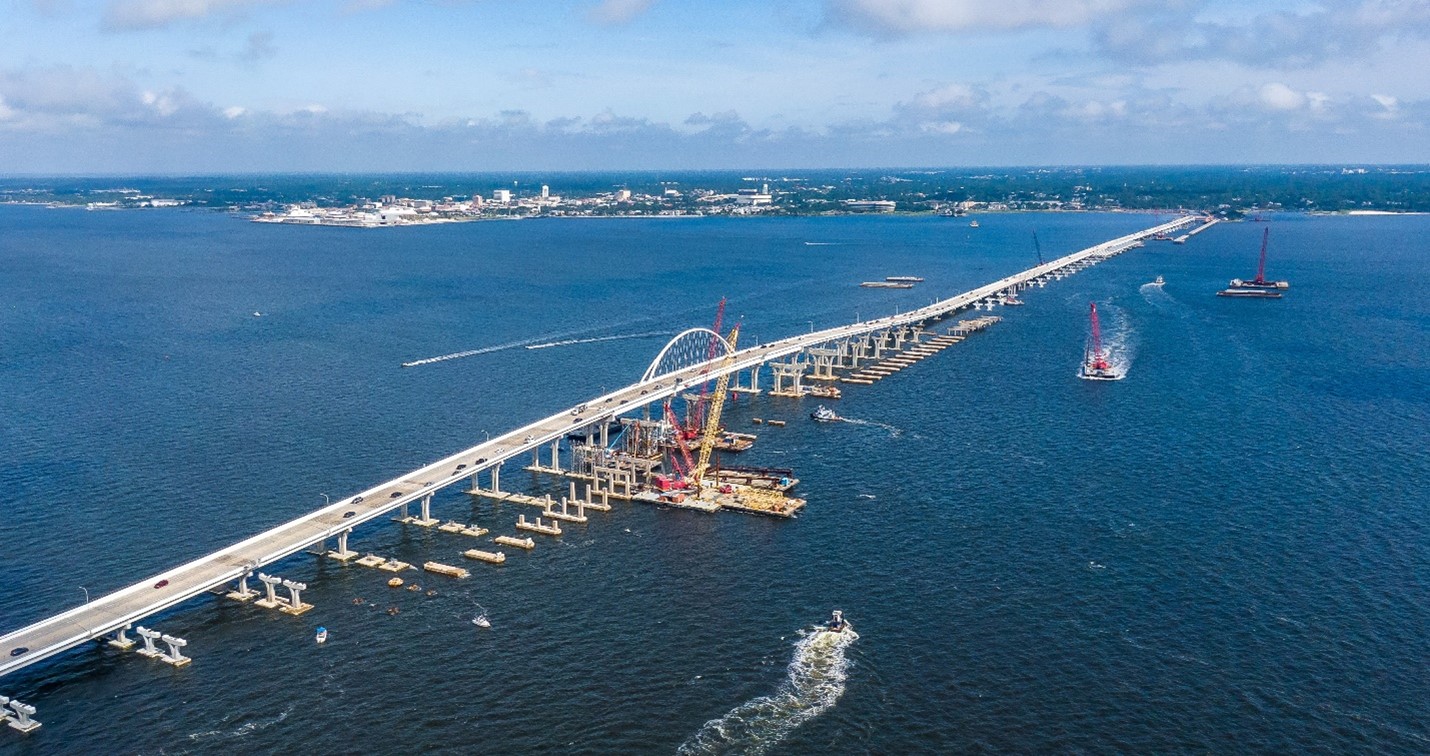 Lane closures continue to allow construction of the westbound bridge

Concrete for the Pensacola Bay Bridge westbound (Gulf Breeze to Pensacola) decks is being poured from the current bridge during overnight hours. Positioning the trucks on the bridge and pouring the concrete will reduce bridge traffic to one lane in each direction from the Gulf Breeze approach and continuing for 3,500-feet on Monday, July 26 and Thursday, July 29 from 8 p.m. to 5 a.m. 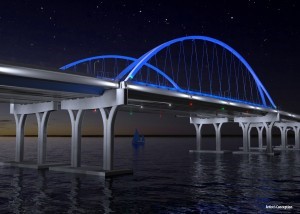 The Pensacola Bay Bridge will be reduced to one lane in each direction Wednesday, July 21, and Friday July 23 from 8 p.m. to 5 a.m. The lane restrictions will begin at the bridge approach in Gulf Breeze and extend for approximately 3,500-feet. 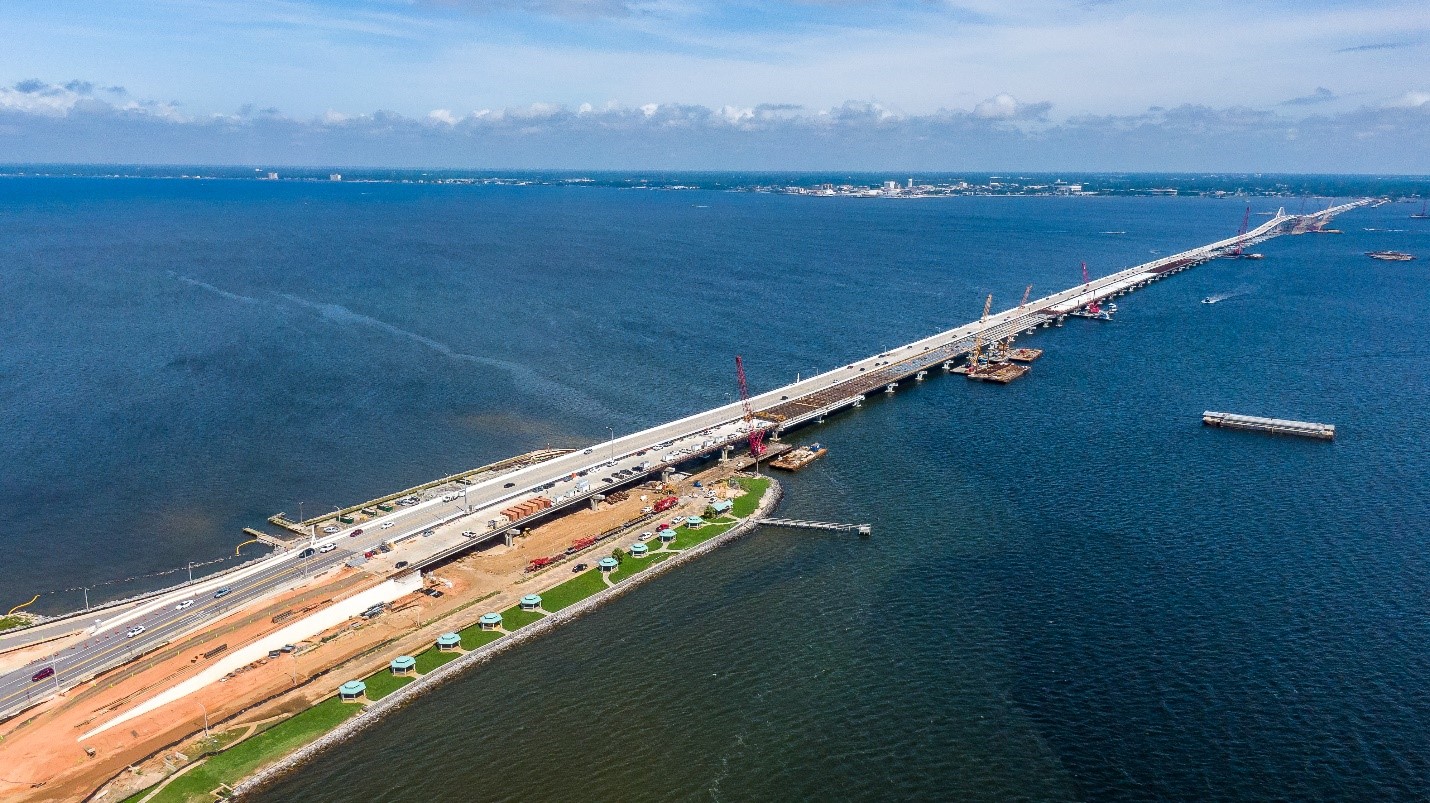 A portion of the Pensacola Bay Bridge will be narrowed to one lane in each direction Monday evening, July 12 through Saturday July 17 from 8 p.m. to 5 a.m. Crews will be working from the current bridge to place concrete for the bridge decks on the adjacent westbound structure. 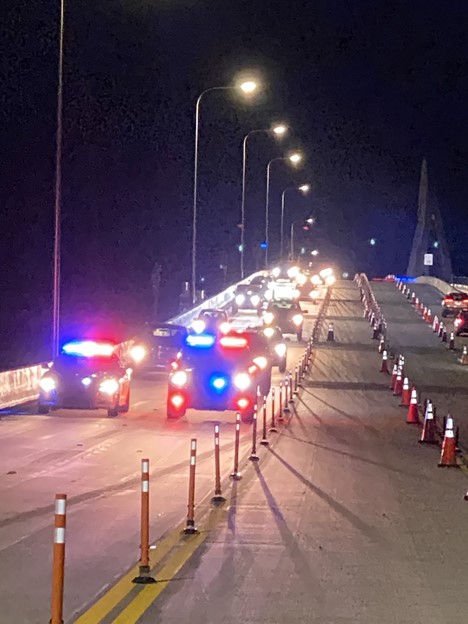 The Florida Department of Transportation (FDOT) has reopened the Pensacola Bay Bridge to four lanes of traffic, re-establishing the safe and efficient connection between the communities of Gulf Breeze and Pensacola. The accompanying photo shows the first two lanes of westbound traffic flowing on the bridge at approximately 5 a.m. The two eastbound lanes were fully restored shortly before 7 a.m. This is the first time the bridge has been open to four lanes of traffic since suffering significant damage during Hurricane Sally on Sept. 18, 2020. 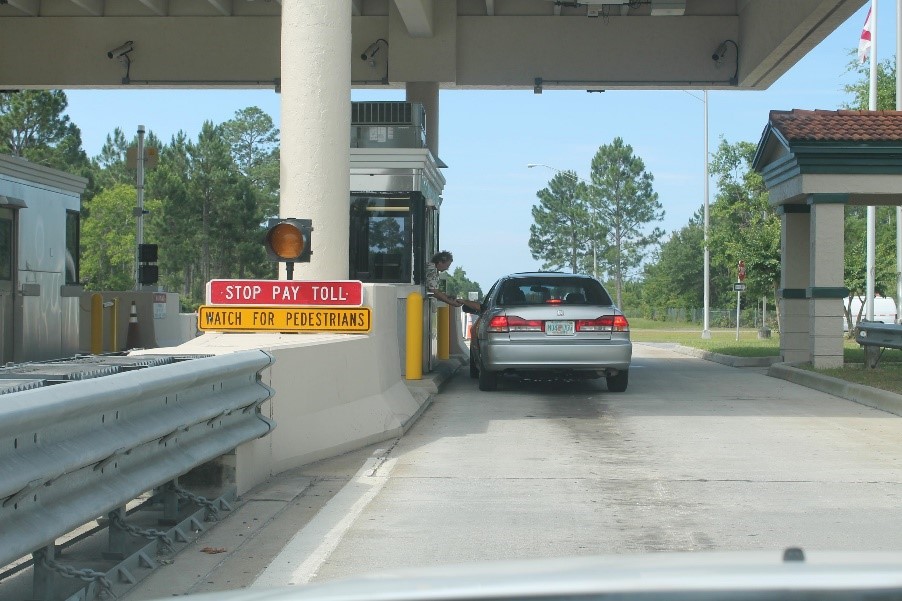 Pursuant to Executive Orders 20-224, 20-248 and the extension of those orders in Executive Order 21-64, Florida Department of Transportation (FDOT) Secretary Kevin J. Thibault, P.E. has directed Florida’s Turnpike Enterprise (FTE) to further extend the toll suspension for the Garcon Point Bridge. Tolls are now suspended on the Garcon Point Bridge through Tuesday, July 6.