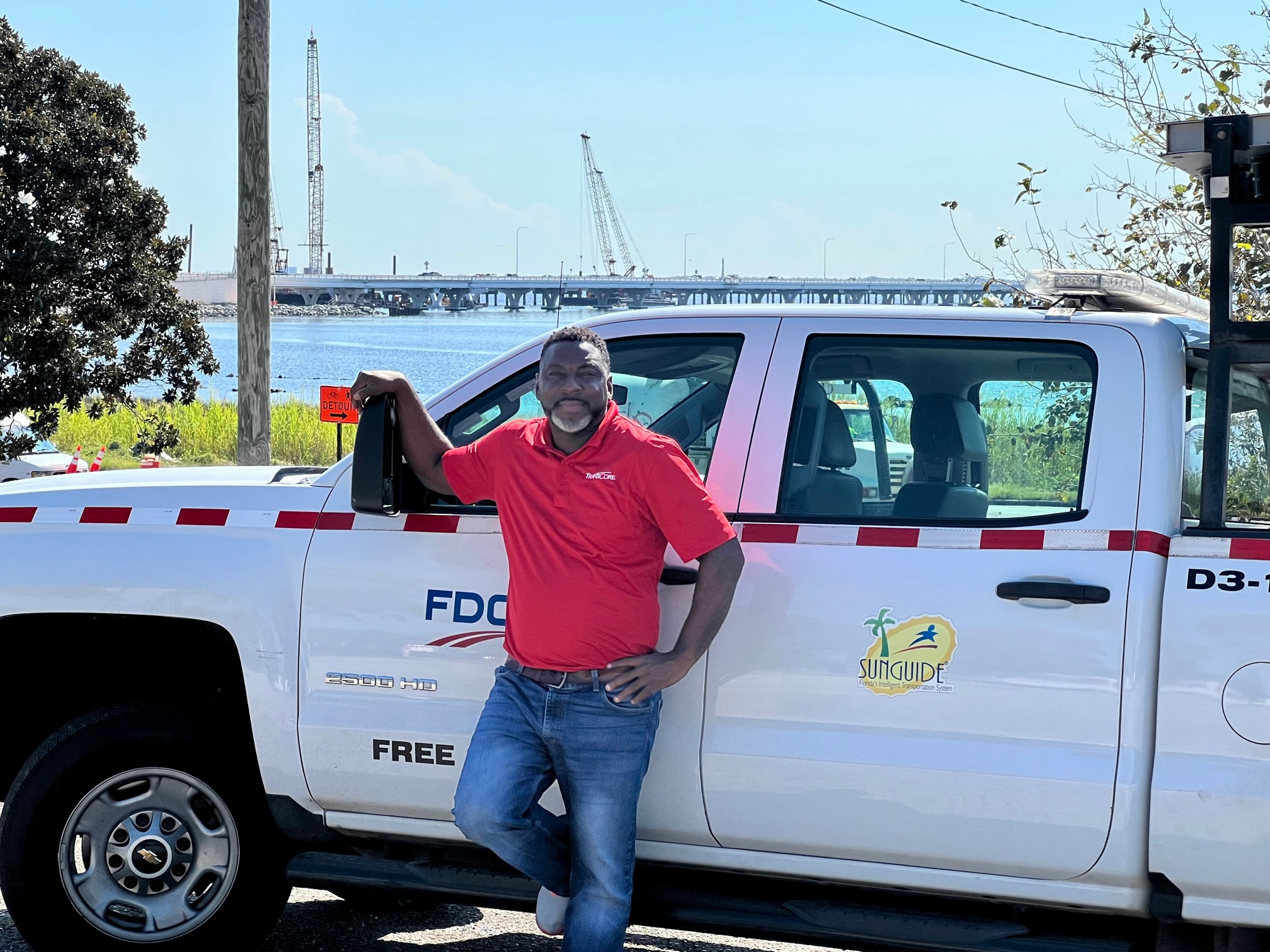 The Pensacola Bay Bridge’s Road Ranger Service Patrol is a safety program provided free of charge by the Florida Department of Transportation. Road Rangers are on the job from 5 a.m. to 8 p.m. daily to assist drivers with minor emergencies, clear vehicles following accidents or breakdowns, and help keep the bridge free of debris.

Marcus Watkins, a Road Rangers Service Patrol, has cleared his fair share of beach chairs and other “blow away” items from the roadway, but he says the most unusual item was a full-size kayak.

“I just happened to be driving behind the vehicle with the kayak,” said Watkins. “It came unhooked from the car at the middle and highest part of the bridge. I was able to quickly stop traffic and clear it from the roadway without anyone getting hurt or other vehicles suffering damage.”

On another occasion Mr. Watkins says he received a call from a group of teenagers traveling eastbound on the bridge to Gulf Breeze. They called needing tire service but when Watkins arrived he found that one of the front wheels was totally missing.

“We were able to initiate traffic control, locate the tire pieces, and call a tow truck. It could have caused a really bad accident because it was at night. I’m so glad we were able to respond quickly and no one was injured.”

Commuters seem to appreciate the free Road Ranger Service. In fact, Watkins says some drivers have gone as far as to exit traffic to personally express their thanks for their helping a friend or family member.

Drivers can access the Road Ranger Service by dialing *347 on their cell phone. The Road Rangers will continue to patrol the bridge construction zone until the entire project concludes next year.