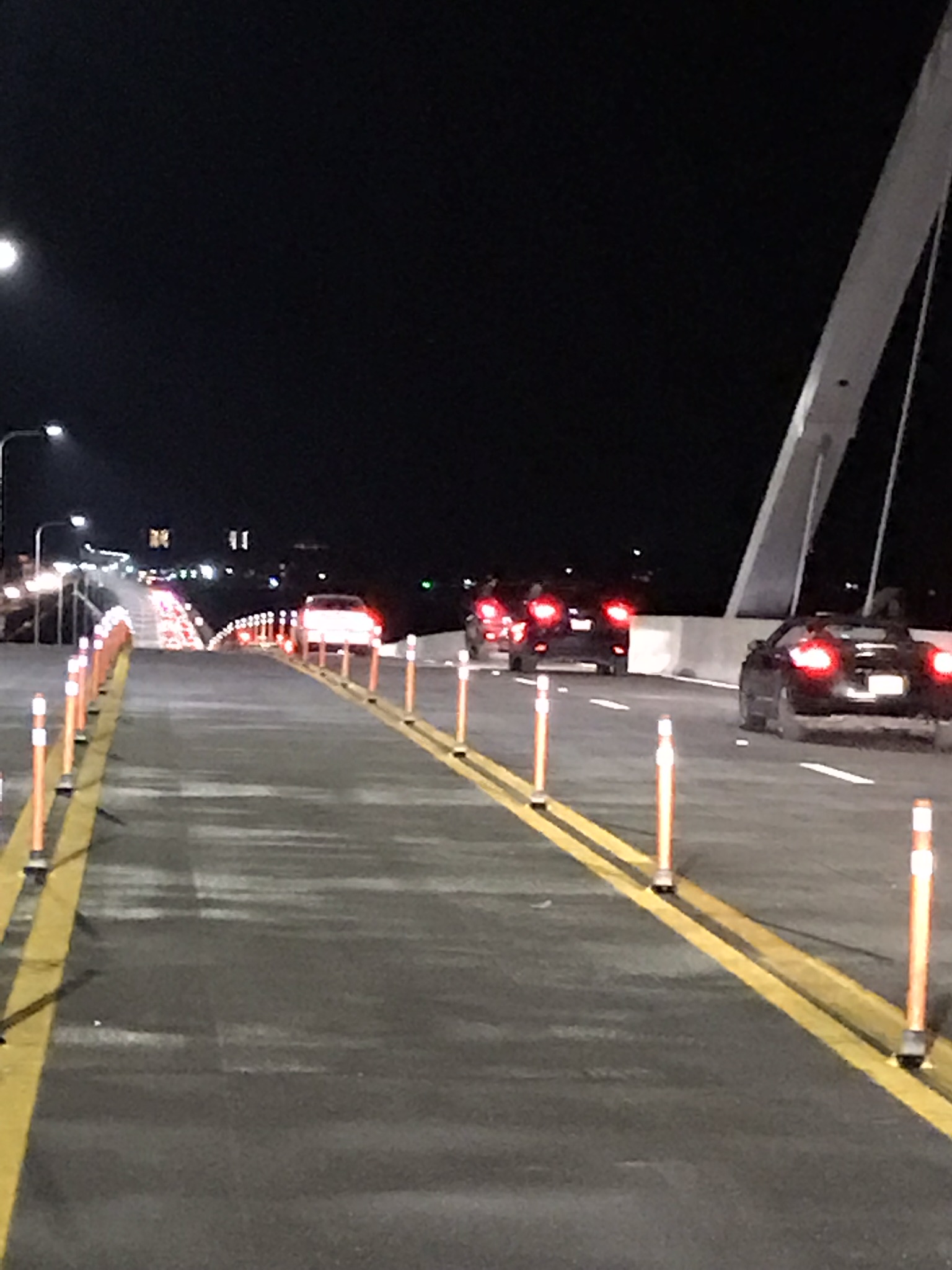 This photo, taken near the center arch of the bridge, shows the first group of vehicles passing from Gulf Breeze to Pensacola.

Speaking of 17th Avenue, it will remain closed between U.S 98 (Gregory Street) and the CSX Railroad overpass until the westbound traffic shift is completed. Drivers should use Ninth Avenue and U.S. 90 (Cervantes Street) as a detour route.

All construction is currently estimated for completion in mid-2021.